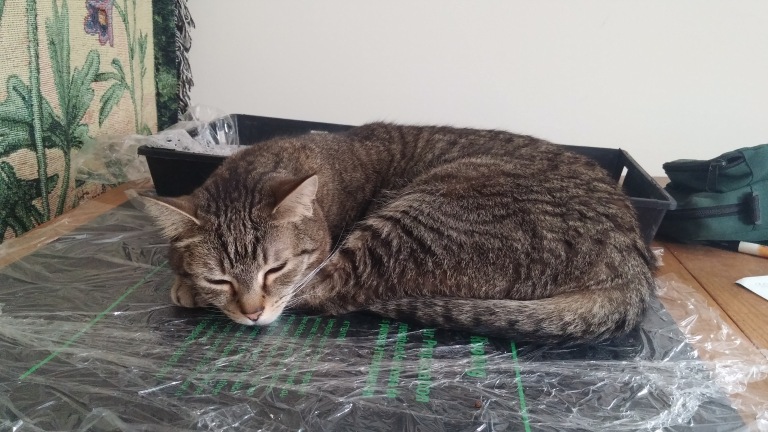 Last night, Galen discovered that the spot next to the computer is WARM and like most cats in winter, decided that WARM is GOOD.  He’s left the area only to eat (he may only be 8 pounds, but he’s a big eater!).
Meanwhile, here’s what the Precoce D’Argenteuil asparagus seedlings look like after a week or so under the lights: 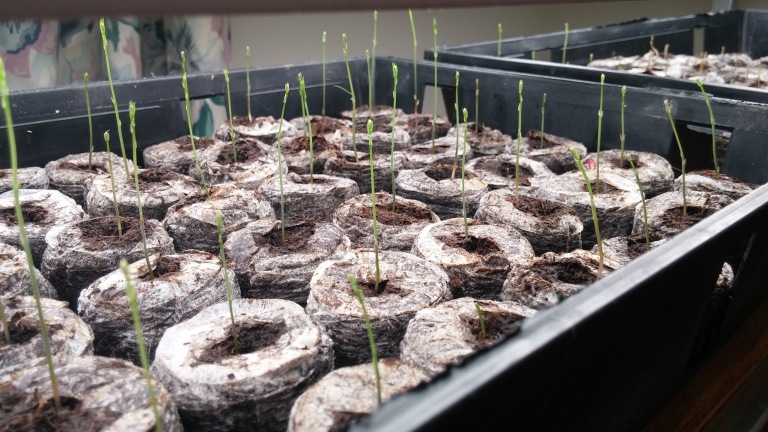 These seedlings are healthy, but tiny.  One can see why it’s suggested to start asparagus seed in January so that one has decent sized plants to put out in May.
For the first round of trays, the seedlings took about 14 days to germinate.  The packet suggested a 70% germination rate and so far, we have an 81% germination rate.  Next week’s trays should put us at about 225 seedlings for a goal of 200 seedlings to plant after frost in May.
Galen has the weekend to enjoy the heat mat — Monday, the next round of aparagus seeded trays go on the heat mat and there won’t be room for him!​