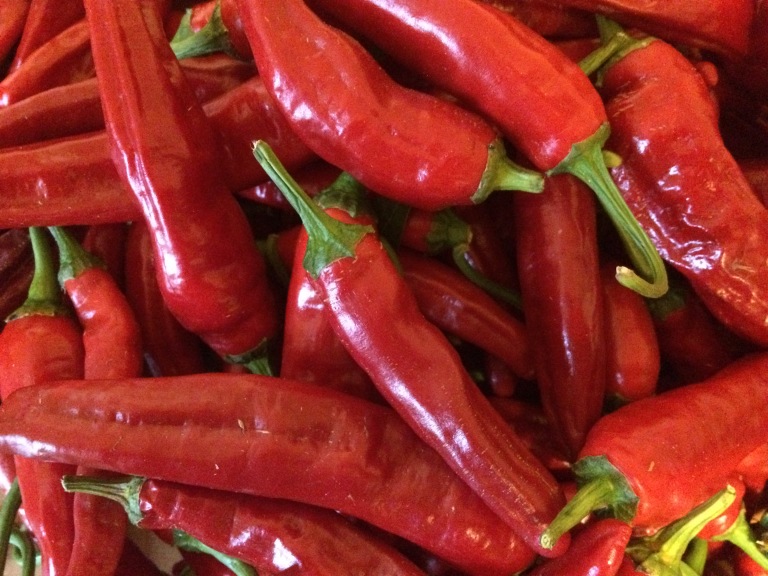 If you’ve lived in Philadelphia for awhile, you’ve heard of Pepperpot Soup which to be authentic, always contains tripe and not just any hot peppers, but ‘Ole Pepperpot’ hot peppers.

Since our grow-out of Ole Pepperpot  peppers was so successful, I figured we should also make its namesake soup.

As the peppers came from William Woys Weaver, it seemed only fitting that the recipe should, too.

“The Larder Invaded:  Reflections on Three Centuries of Philadelphia Food and Drink” was a joint library/historical society exhibit in Philadelphia presented in 1986 (ancient, pre-Internet history!) but its companion book, also by William Woys Weaver, 35 Receipts from The Larder Invaded, although out of print, can be read on Google Books and represents some of the most dedicated scholarship on historic Philadelphia cuisine.  In other words, the recipes have stood the test of time.

The explanation of Philadelphia-style Pepperpot Soup is here.  The recipe I used with my Ole Pepperpot peppers is here.

18th Century Philadelphians adored tripe.  This recipe takes 4 pounds of tripe and only 1.5 pounds of beef shin meat – and that’s for a recipe that is designed to feed an average family their dinner. 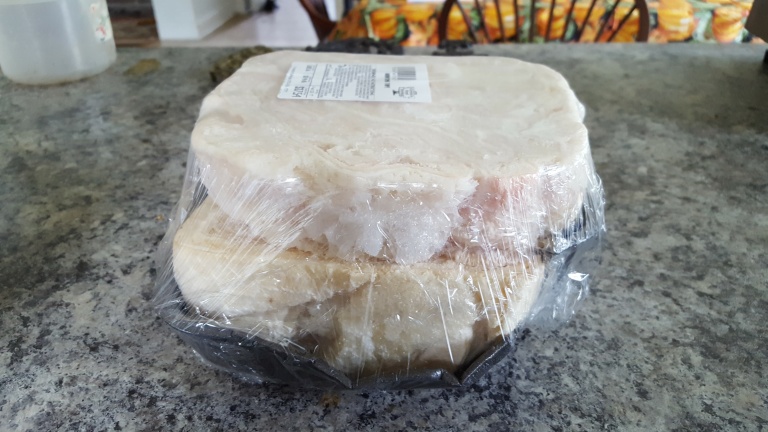 While the photo shows that I did find a 4 pound block of tripe, it was not easy.  Being in the Philadelphia region, everyone I called knew exactly what I wanted and why I wanted it “You’re making Pepperpot Soup, right?” were the first words people said when they heard my request for tripe, followed by “We don’t carry it.”

I finally found the tripe (and the shin bone) at Foresta’s Market in Phoenixville, an independent butcher shop where they not only have it, but it’s doesn’t have to be special ordered.  I was told to come in whenever I liked because “we always have it.”  Even 4 pounds worth.

Four pounds of tripe is pretty serious stuff and even more so when the recipe tells you that before you can make Pepperpot Soup, you have to poach the tripe.  All day.  And just at a bare simmer so that it doesn’t get tough.  Because it’s difficult enough to get 21st Century Americans to eat tripe, so who wants tough tripe? 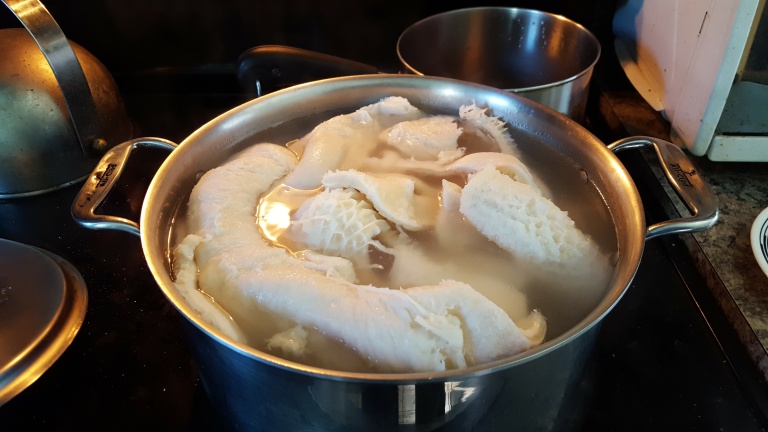 So I let the water just barely tremble and poached the tripe.  Yes, it had a unique smell that the family did not find appealing!
Putting together the soup the next day was easy.  Once I had the ingredients together in the pot, I added fresh thyme from our herb garden and Ole Pepperpot peppers to simmer in the broth and add flavor. 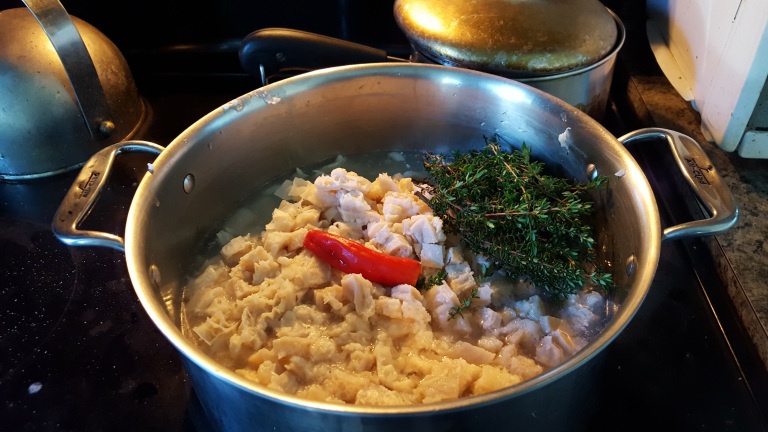 In less than an hour, the soup was ready to eat.  Since we had so many Ole Pepperpot Peppers, I garnished each bowl with a nice looking one. 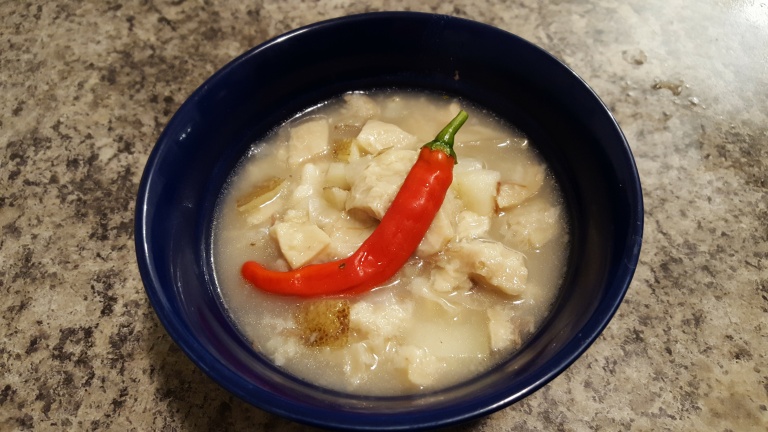 If you like offal, especially with hot peppers, you’ll love this soup.  The tripe is tender, chewy and picks up the hot pepper’s fire.  The rest of the ingredients are fairly bland, so it’s all about the tripe and the Ole Pepperpot peppers.

I liked it, my other local friend who buys offal at the Phoenixville Farmer’s Market really liked it and no one else would give me an opinion (and didn’t ask for the extra quart I put in the freezer!).

If you grow the Ole Pepperpot peppers, it’s worth making Philadelphia-style Pepperpot Soup at least once to celebrate why this bountiful hot pepper is still with us.  But if afterwards, you’d rather just sprinkle the peppers on your regular home cuisine – well, we just won’t talk about that! 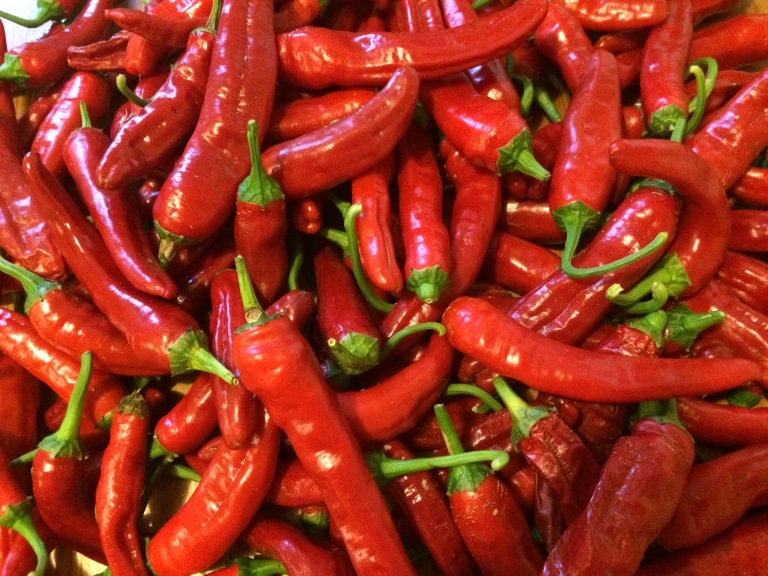